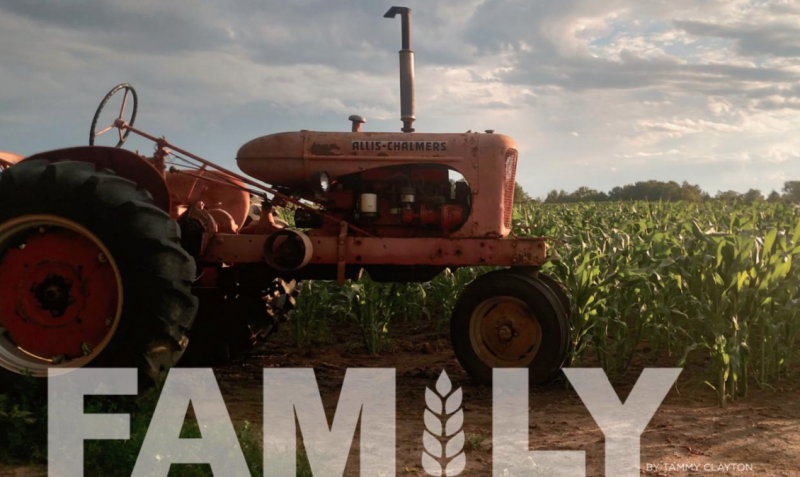 The summer after graduating high school, he decided to plant four acres of sweet corn to sell direct to consumers. Farming had always been his passion, so the family wasn't too surprised when Ben decided to make a career of it. The business grew a little each following year. Ben's dedication to his small, family-owned farm began early on. In an effort to keep the business running during his college years, Ben drove back and forth from the U of M in Crookston several times a week, dedicating his time to growing and selling his crops. He added more sweet corn acreage each season and added new varieties of vegetables as well. The retail side of the business expanded from selling just corn out of the back of his Dad's pickup to a complete produce stand offering everything from tomatoes and peppers to watermelon and cantaloupe, all grown by Ben. Although the business was growing, everything was still done almost exclusively by the family. Ben's sister Kristen worked every day selling at the stand, his mom and dad helped pick vegetables, and his younger sisters would help with the daily harvest.

What really struck me as a complete outsider to the farm was how the entire family would pull together to get things done. A hard frost will damage the delicate skins of pumpkins and squash, so there is usually a short window between when they are ripe and our first hard frost to harvest them. Ben usually has to make just one phone call, and his mom, dad, two younger sisters, Kristen and her husband Josh, and even his grandma would show up to help. Grandma Carol often drives the tractor and hay wagon through the field while the rest of the family cuts, piles, washes, and bins the pumpkins and squash. As my familiarity with the farm lifestyle grows, and the foreign feeling I once had fades, my commitment to Ben's dream continues to grow and I continue to be honored to be a part of the family that exhibits such love and dedication.

My experience of family was a group of people who sometimes get together for special occasions, funerals, and holidays. The family dinners I had experienced were drastically different from Clayton family dinners. Dinner at the farm is announced by an actual dinner bell and anyone who happens to be at the farm will find a place at the table. During oat and straw harvest, this includes a few tired neighbor boys covered head to toe in oat dust and dirt. Ben's mom, Linnea, doesn't think twice about the mess being tracked into her farmhouse, but instead is happy to feed everyone a hearty meal. Farm dinners usually consist of beef, eggs, and vegetables that were all raised on the farm. It's truly an old fashioned experience and one that I feel so blessed to be a part of.