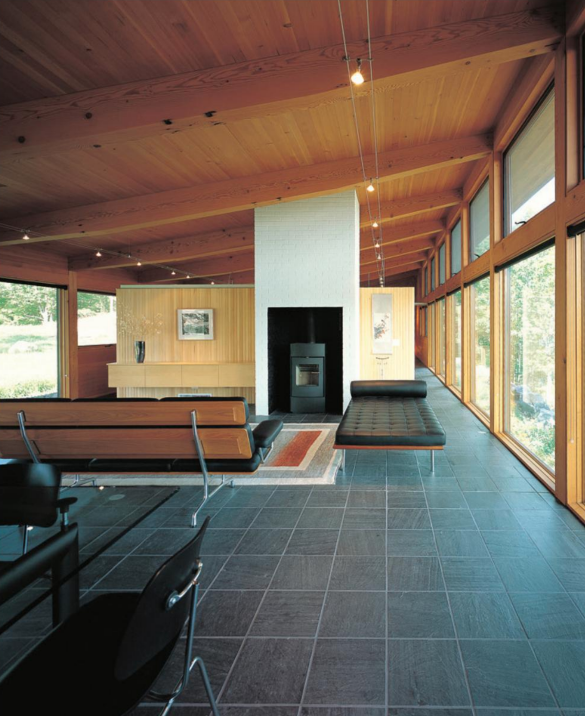 There's no doubt that the landscape of the northern Midwest has a certain character and composition distinct from the rest of the world.  An array of different characteristics derived from nature, history, industry, and culture come together to create a uniquely specific aesthetic quality that we all recognize when we spend time in the region.

This "feel" for the region is perhaps best represented in the architectural designs of our developed spaces.  Whether it be a small farming homestead, an old Victorian house in an industrial-era town, or a vacation cabin, no where else on the planet brings these dwellings together and sets them among forests, prairies, and lakes.

In order to understand how our homes reflect the region we've come to love, it's important to note the historical time line of our housing developments.  The first widespread settling of the area occurred with Scandinavian and German immigrants.  This settlement brought traditional building styles and techniques from the old country in order to accommodate the self-sustenance farming lifestyle common at the time.  The steeply-gabled, timber frame houses and barns still dot the landscape and lend a northern European countryside element to our rural communities.

As the industrial revolution ramped up, people moved from the farms to industry towns in order to work in large-scale mining, timber and manufacturing operations.  Some of the wealthier beneficiaries of this era built large homes modeled after the ornate, neo-classical style that would later be described as Victorian.  Urban areas around historical mills and ports are especially great places to see these types of houses with the Duluth Hillside neighborhood having some of the more extravagant examples.

Post-war prosperity and the influx of disposable income helped establish tourism centered around the lakes of the region.  People now had the means to build lake homes and cabins.  Around this same time, the Prairie School of architecture began to gain prominence.  People interested in building new homes began to think about how organic designs could allow form and function to fit into the landscape.

The culmination of our regional architectural history is expressly conveyed by a few masterful designers working today.  Horizontal lines and natural building materials evoke the vastness and raw natural beauty of our wilderness.  Rectilinear forms and simple, reductive designs reflect the modesty and democratic sensibilities of our Midwestern mindset.  Rows of large windows and broad, overhanging eaves extend the living space into the   outdoors   while  deflecting  the  extreme  weather we experience.

All of the design elements combined with the latest energy efficient building methods, produce a home that feels deliberately attuned to the site.  Even as striking and noticeable as these modern homes tend to look at first glance, they feel perfectly suited to what we love about our landscape and how we want to enjoy it.  It may have taken over a century to distill exactly what it means to live in the northern Midwest, but we can still be thankful we do and we have the homes to help us realize it. 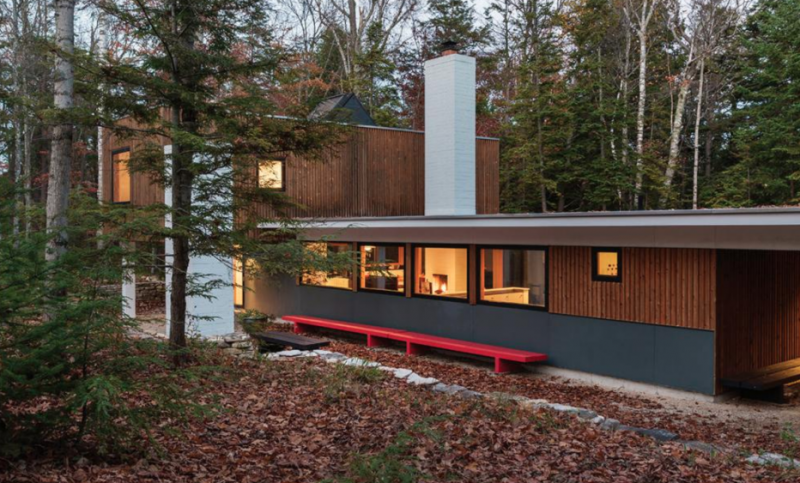 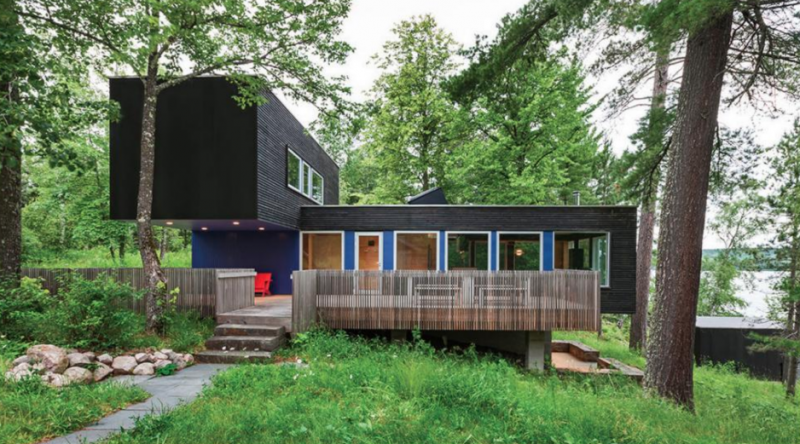