CONTROVERSIAL BAITING IS SAFER FOR HUNTER AND BEAR

I will never forget following my brother into the woods for my first experience with bear baiting. Despite having grown up in a hunting family and being a hunter myself, born and raised in the Northwoods, I had no idea what you would bait a bear with.

Much to my surprise, candy andmarshmallows were on the menu, with a side of fruity-scented spray adorning the bait sites surrounding trees. Apparently, honey was not too far off a guess. 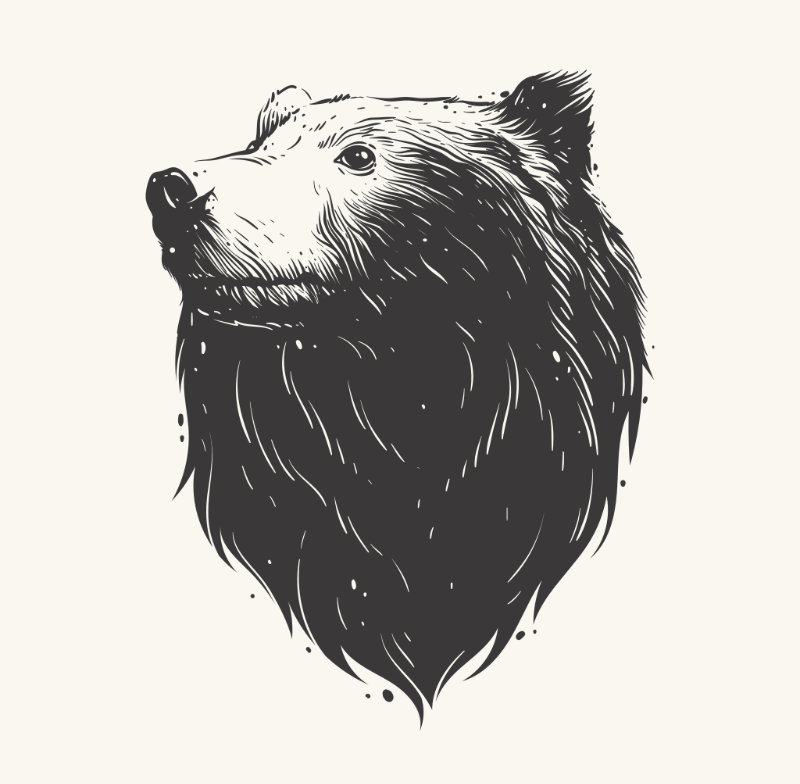 Now, mid-August bear baiting marks the beginning of fall for us, a sign of the busy season to come. My husband joined my brother eight years ago and started working as a guide for North Shore Outdoors, a long-standing local guide service in Grand Marais. Since then, bear season has become a much-anticipated time of the year for the whole family. In an age where kids are drawn to the indoors and the lure of electronic entertainment, our kids are out hauling bait buckets into the thick brush, dragging ladder stands, and swatting greedy yellow jackets. For us, bear season is a time to teach the younger generation an appreciation for the outdoors before it is lost on them.

That being said, bear baiting and hunting is widely criticized and misunderstood. While we see the opportunity to feed our families, provide a successful and safe experience for fellow hunters, as well as much-needed population management, others see an unfair sport. I thought I would invite Kyle Anderson, full time guide since 2007 and new owner of North Shore Outdoors to address some of these questions that tend to weigh on the minds of those unfamiliar with the workings of bear hunting in general.

First of all, what is a common misconception regarding baited bear hunts?

"That it's easy. There seems to be this idea that you put food in the woods, a bear eats it, you shoot it. If it were that easy, everyone would do it," Kyle says.

Guides know the woods they are putting their hunters in. They know where the bear activity is. They know how and where to place bait, what type of bait is effective, and even how often a spot should be baited. They also take the time to learn the bear's activity, routine, and what time of day they are coming in. They also know what other types of wildlife are coming to the bait. Countless hours are spent mentally logging this data, adjusting, and making last minute decisions on how a site should be managed.

But even with all of this attention, "the statewide  success rate is only 25%," Kyle notes but then
adds, "we are hitting at about 80%. We take pride in giving every hunter an opportunity for a shot."

What some neglect to consider is the fact that it's safer for both the hunter and the bear (bear with me, no pun intended) to hunt over bait
in our area.

To continue reading more about bear hunting and more great content in Lake Time Magazine, you can find it online HERE or consider supporting this independent publication by becoming a member and receive the latest issues PLUS great Lake + Co. Shop perks! https://www.thelakeandcoshop.com/collections/lake-time-magazine