Once considered solely a summertime vacation getaway, the Zenith City - as it was dubbed by early settlers for being the highest and best - Duluth, Minnesota has made concerted efforts to transform itself into a true year-round visitor destination. That hard work is paying huge dividends.

Despite coming off of record-setting tourism numbers in 2015, when tourism tax collections exceeded $10 million for the first time ever, the city is hardly resting on its laurels in 2017.

This marks an unprecedented year of signature events, including first-timers Hockey Day Minnesota and the Minnesota Vikings Winter Fest, both in February. Duluth Dylan Fest brought in worldwide visitors for a weeklong celebration to commemorate the birthday of Duluth-born music icon Bob Dylan, who turned 75 on May 24. Grandma's Marathon - the nation's 11th largest - celebrates 40 years in June. Mega events Duluth Aviation and Air Expo and Tall Ships Festival landed in the same year for the first time, in July and August, respectively. The much-awaited Aug. 18-21 Tall Ships Duluth festival is expected to attract 300,000 alone.

Nearly that same number expect to visit "Bentleyville" when the calendar turns to the winter months. America's largest free walk-through lighting display, guests stroll under the glow of over 4 million lights, while enjoying complimentary hot cocoa, cookies, popcorn, and roasted marshmallows. Of course, Santa Claus is on hand to listen to the wish-list hopes of eager youngsters.

Expanding area options for visitors is evident on the lodging side as well, with construction of a number of new properties which have added more than ten percent to the market's hotel inventory.

Nestled in North America's midsection in the heart of the upper Midwest, Duluth is home to the largest shipping port along the entire 2,400-mile Great Lakes St. Lawrence Seaway and is the westernmost point along the waterway, giving it obvious geographical advantages for marine commerce.

Voted Outside Magazine's "Best Town" in 2014, Duluth is flanked to its east by Lake Superior - the greatest of the Great Lakes and home to ten percent of the world's freshwater supply.

Visitors - and locals as well - flock to the water. They fish on it, swim in it, admire the views of it, and, of course, drink beverages created from it. Perhaps more than any other city in Minnesota, Duluth has embraced the craft beer craze, with many of the state's more than 100 breweries flourishing in the immediate area.

Whether the preference is kicking back with a pale ale or kicking up dust on the world famous Superior Hiking Trail, Duluth is a renowned destination for accommodating every kind of pace in a stunning natural setting.

Duluth blends its natural features and burgeoning urban scene like few places in the world. Visitors can comfortably explore one of Duluth's many art galleries, catch an entertaining show downtown in the emerging Historic Arts and Theater (HART) District, or indulge on the finest cuisine in the area.

Mountain bikers know Duluth as home to some of the best maintained trails and beautiful scenery anywhere. Designated as one of just six Gold Level ride centers in the world by the International Mountain Biking Association, pedal pumpers of all abilities descend in droves upon the expansive trail system.

While the vast majority of Duluth visitors make the trip for leisure purposes, numerous businesses and organizations choose the Duluth Entertainment and Convention Center (DECC) - the state's second largest such venue - to host their meetings and conferences.

From fishing to shooting to paddling to unparalleled photo opportunities, conference attendees can expect to experience Duluth at its authentic best. 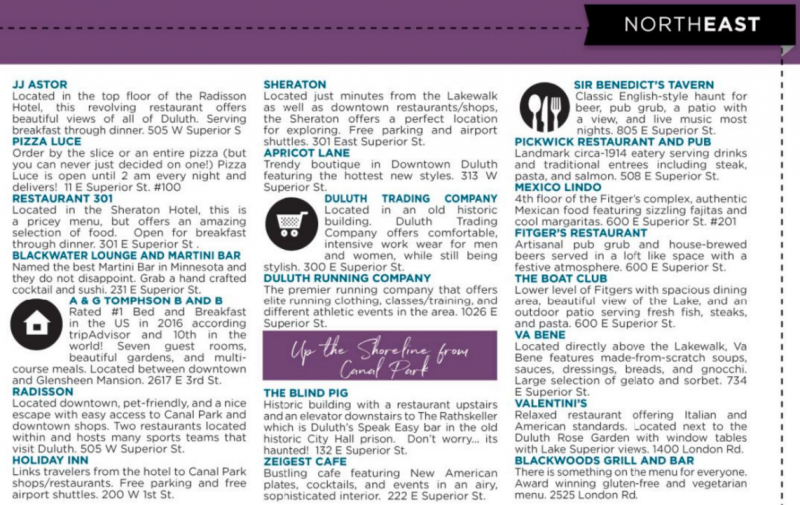 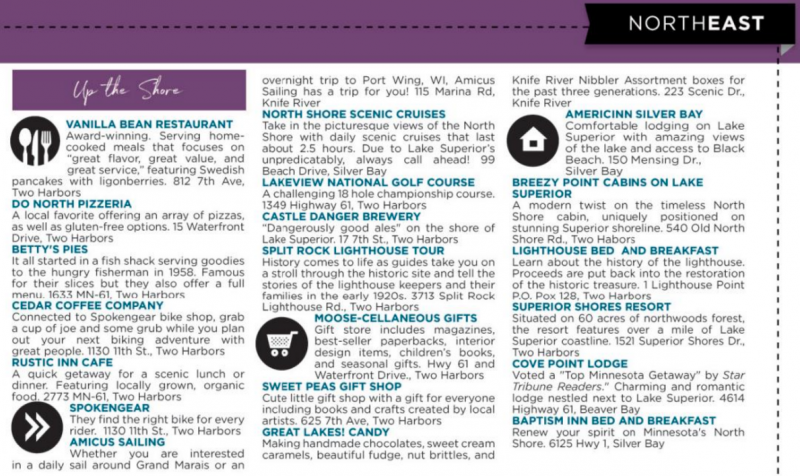