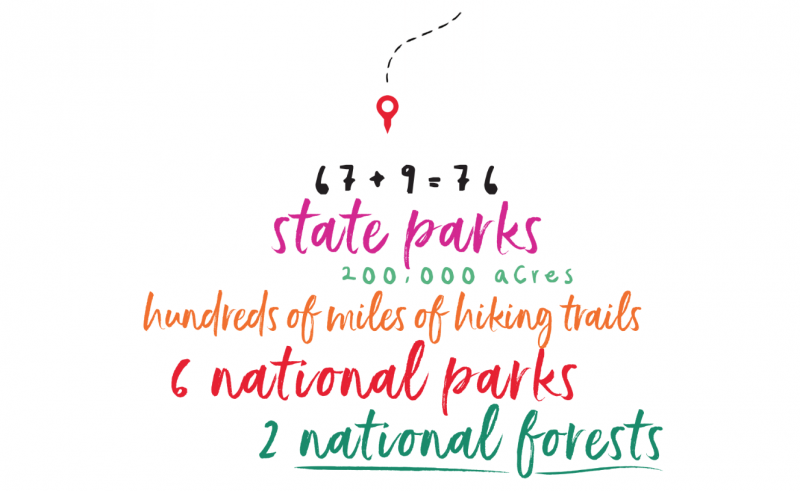 As home to America's fittest city according to FitBit, Minnesota offers countless trails all over the state to get your steps in and log some extra miles. Even better, many of Minnesota's paved trails pass by scenic landscapes, glistening lakes, and iconic landmarks that make the miles feel like less of a workout and more of an adventure. So the next time you want to add some memorable steps to your Minnesota vacation, look no further than the scenic trails that follow.

The great heritage of Minnesota's state park system begins at the source of America's greatest river. Itasca State Park, home to the headwaters of the Mississippi River, was established in 1891, launching what is now the second-oldest state park system in the nation. The system has continued to grow, and Itasca remains one of the most beloved of the state's 67 state parks (76 if you count state recreation areas).

The parks cover more than 200,000 acres spanning every corner of the state, welcoming visitors to explore the full diversity of Minnesota's natural environment. Most are on lakes or rivers with opportunities for boating, canoeing, fishing, and swimming, with hundreds of miles of hiking trails through forests, bogs, grasslands, and along riverbanks
and lakeshores.

Six diverse and unique national park sites can be found in Minnesota, preserving and highlighting some of our most distinctive natural, historical, and cultural resources.

Read on to find out more about each region's national parks. 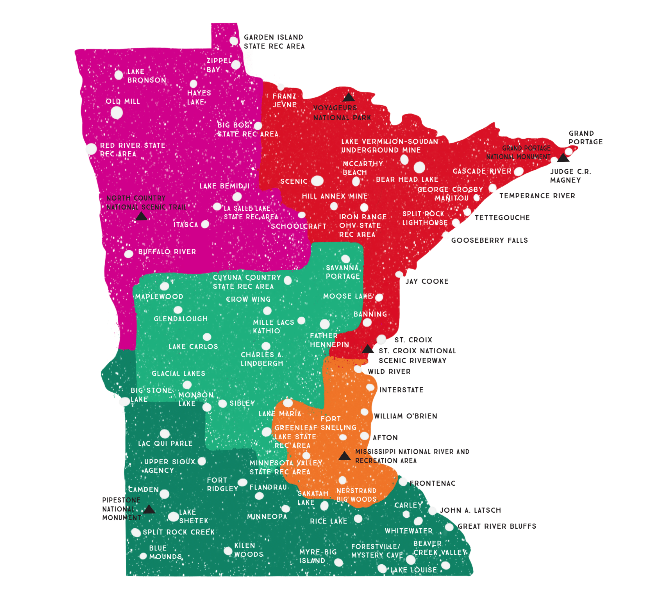 To learn more about Minnesota's parks, trails, forests, and read other great content in Lake Time Magazine, you can purchase or subscribe online HERE and support this independent publication. By becoming a member you would receive the latest issues PLUS great Lake + Co. Shop perks!